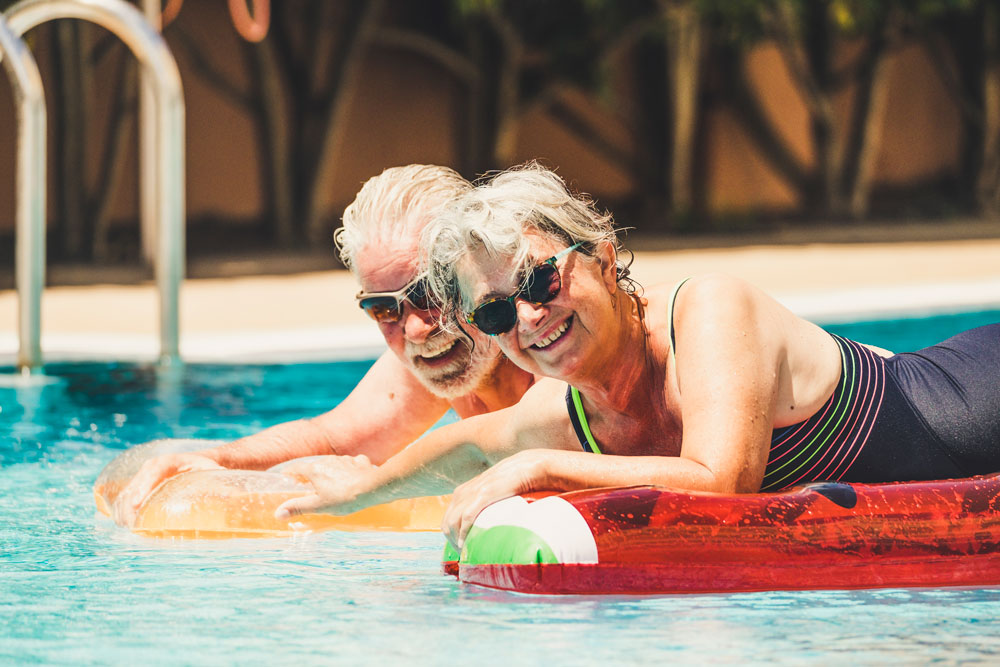 Why would you invest in a pension in Ireland now?

If you’re in your 20s or 30s, you’re probably not even thinking about retirement, it seems like a very, very long way away, and you’re right. However, there are some really good incentives to start investing in a pension. Early and reducing your tax bill is the main one.

This post will look at the benefits of contributing to a pension and why it should be part of your overall investment strategy.

For everyone this week, we at Ireland Accountant are looking at pensions in Ireland and the benefits of contributing to one.

What is a pension?

Let’s assume that old age is after 60.

A pension is a fund that you contribute to throughout your working career, which will provide you an income once you retire.

The Pros of pension funds

Let’s start with the pros.

We’ll be going into more details on these tax incentives later in the article.

It could be below the amount you contribute, the same or even more than what you contribute. It is most definitely worthwhile taking up this offer if it’s available to you as it’s essentially free cash.

Also, you can invest in a variety of asset classes, so this could include cash bonds, shares or properties. For example, some pension providers allow you to choose your investment strategy.

Although how granular you can go depends on the provider.

Generally speaking, pension providers offer you an investment strategy depending on your level of risk tolerance, so this can be from low risk to high risk.

But of course, there are some cons to investing in a pension, and the biggest is that you usually wouldn’t get access to your pension funds until retirement age.

And that could be from anywhere around the age of 60. So for those looking to reach financial independence earlier than that age, a pension fund might not be the best idea because your funds are locked up until this age.

It is worth mentioning that your funds aren’t completely inaccessible if you put them into a pension.

But if you decide to withdraw the funds earlier than the retirement age agreed upon with the pension provider, you will get penalized.

By withdrawing your funds early, there may be tax back that you need to pay.

You may lose some of your employer tax contributions and several other things. So it is really important to be aware of this. If you decide to withdraw your pension funds early and then a second count of pension funds is, you do need to pay some fees to manage the fund. Annual management charges of pension funds can range between 0.5-2% percent annually.

In contrast, this is relatively more expensive than investing in ETFs, which sometimes have an annual expense ratio of about 0.07.

Types of pensions in Ireland

There are several different types of pensions that you may hear about, and we’re going to clarify some of the main ones that you’ll come across.

So the first one that many of you would have heard of is the state pension provided by the Irish government.

Most people receive this pension; however, it is means-tested and is dependent on your PRSI contributions. They max out at around 13,000 euro per year, about 1,000 euro per month.

When you turn 68, this 13 000 euro will not be enough to cover your living expenses in retirement for many people, hence why people often need additional income.

The second main pension type you may hear of is a PRSA, a personal retirement savings account. Anyone can set up a PRSA and contribute to it. PRSA is quite flexible. You can increase, decrease, or stop your contributions, and you won’t get penalized for this. PRSA is also quite portable, so you can take a PRSA from one job to another without getting penalized.

This option can often come with an employer contribution plan, and this means that for any payments that you make into the pension pot, your employer may match some of these contributions. This match can be below at the same level or above your contributions.

The company pension plan is optional, so you will not get these employer matches if you don’t contribute. However, if you contribute to it, it’s basically free money.

So this might sound all well and good, but remember there are a couple of things you need to be aware of when investing in a pension fund versus investing in your private investing account.

A pension fund might not be the best idea for you, especially if you need access to those funds in the near term or the relative near term. Any investment strategy is all relative to your time horizon and your investing goals, unlike a pension fund.

Investing in stocks, ETFs etc, offers you a lot more flexibility. You can still let your funds grow for decades as they might in a pension fund, but if you decide to withdraw those funds or sell them, that’s fine, and you don’t get penalized for it. As we’ve already mentioned, investing in a pension targets that period after you retire from around 60 years of age onwards. So, generally speaking, it’s likely recommended to both contribute to your pension, especially if your employer is matching those contributions, but at the same time also do your own investing through stocks and shares.

Tax incentives of investing in a pension in Ireland

Now, let’s talk about the tax incentives of investing in a pension. It’s in the government’s interest for people to put money into a retirement, reducing the burden on the state for retirees.

So the main incentive is that you can get tax back on contributions to a pension depending on what tax bracket you’re in. This can either be twenty percent or forty percent. So, rather than that twenty or forty percent going to the tax person, you get to put that money into a pension fund. So you keep it, albeit for a later age. There is an upper limit of how much you can contribute to your pension tax-free, depending on your age. So, as you can see here, for example, I would be able to contribute 15 to my salary on an annual basis, whereas dee being 62 can contribute up to 40 of his salary to his pension.

So, let’s say, for example, you’re in the high tax bracket and a portion of your salary. Let’s say it is one thousand euros. So on that one thousand euro, you would pay forty percent tax, which is four hundred euro. If you don’t contribute to a pension, you get 600 euros into your pocket.

However, if you do contribute to a pension, you can get that tax back and put that money straight into the pension.

So in this example, you get the 600 euro plus the 400-year tax straight into your pension. Overall, the value to you is 1 000 euro into your pension fund, rather than 600 euro cash into your bank account straight away. The downside is that you don’t have 600 euro in your account, so your net pay will reduce by 600 euro. But if you’re patient, you’ll have more money in your account by the time you retire and that 1000 euro will grow, so it’ll be worth significantly more when you’re older. So, in a nutshell, your choice is pretty simple.

You need to either choose to take 600 euro now or forego that 600 euro and have a thousand euro plus interest down the road. One thing to note is the benefit of an employer matching a pension and the tax incentives combined. I’m just going to run through a quick example to show you why this is a great deal.

So, let’s say five percent of my salary is 250 euro and my company has agreed to match this and contributes 250 euro to my pension fund. So, overall I am contributing 500 a year to my pension fund, alongside my company with the tax incentives. However, I’m not contributing that 250 fully. As mentioned before, I’ll get tax relief on this 250 euro, so essentially, I’m only actually losing 150 euro from my net pay, so by only losing 150 euro from my net income, I actually get 500 euro into my pension Fund, so when combining the employer contribution, as well as the tax incentives, you can get a lot into your pension fund without actually losing too much money from your net pay.

Second, a big tax incentive of investing in a pension is that the growth of that pension is tax-free, in contrast to say stocks, for example, where you are charged capital gains tax at a 33 rate, for every gain that you make.

Growth in a pension fund is tax-free. Similarly, if you take the example of an ETF, where you have to deal with the deemed disposal rule every eight years and get taxed at 41 again, you avoid this by investing in a pension.

Your funds grow consistently over a 30, 40, 50 year period, and compound interest works its magic. The third tax incentive is to take a tax-free lump sum on the retirement of 25 of your retirement account value up to 200 thousand euro.

One thing to note is that you will have to pay tax on your pension drawdowns when you retire. This will likely be lower than what you would have paid on this amount.

For example, you’re earning sixty thousand euros when you’re making your pension contributions, you probably would have been taxed at 40 in the higher practice. However, suppose you’re only withdrawing around 30 000 euros in your pension. In that case, you’ll only pay 20 tax on your individual withdrawals.

So pensions are definitely not the sexiest form of investing out there. But if you can’t think that far ahead, especially if your employer has agreed to match pension contributions.

There are certainly some strong tax incentives to doing so. If you have any specific questions around pensions, please let us know 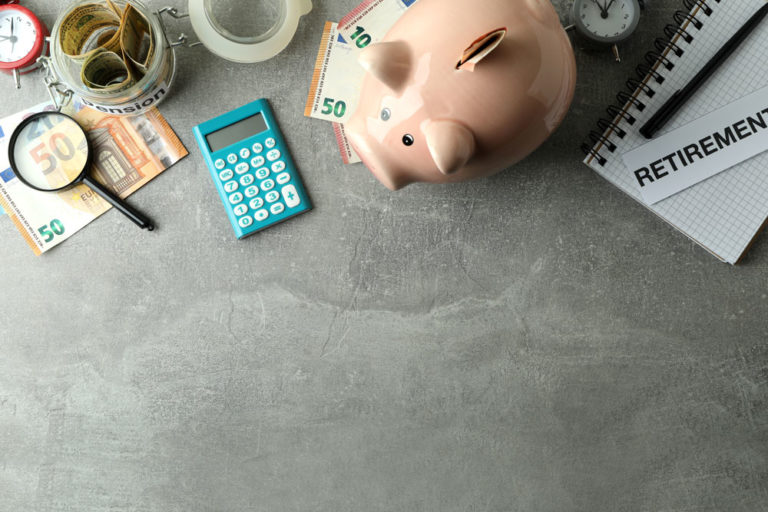